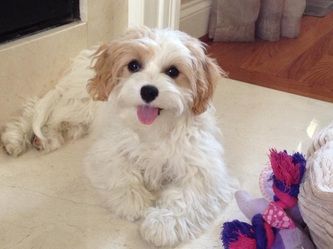 Fuzzy Wuzzies Grown Up. FUZZY WUZZY PUPS COLORS Parti-Colors. Parti-Colors means white is the dominate color on the dog; and may including some sort of at least one other color. Most of the parti colored fuzzy wuzzy pups can lighten as they mature. About 85% will lighten up. You never know what color they will end up being when grown. Shichon Dog Information Shichon dogs are a hybrid which is a combination of two different pure-breeds. It's a cross between a Bichon Frise and a Shih Tzu. The best way to understand what type of dog your Shichon will be is to read both of its ancestors descriptions and understand that any combination of characteristics could be present in your pet. 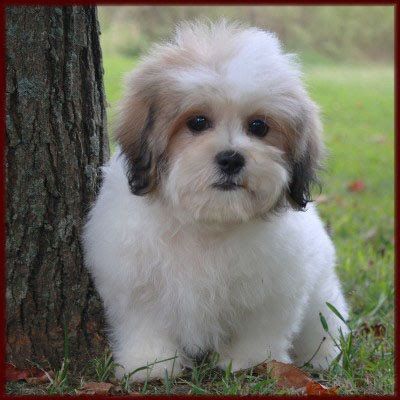 The Shichon as a designer breed has become popular in the last few years and is valued as a family and companion dog. The Shichon may be a first generation dog or a second generation. A first generation is produced by breeding a purebred Bichon Frise and a purebred Shih Tzu. A second generation is produced by breeding two Shichons. Key Shichon C haracteristics. The Shichon, or Zhuchon, is small — about 9 to 12 inches in height and between 10 and 15 pounds as an adult.Shichons have an average lifespan of between 12 and 15 years.. Her coat colors come in a wide variety, though they tend to favor the light shades. Oddly enough, a Shichon pup’s colors do not necessarily stay into adulthood.